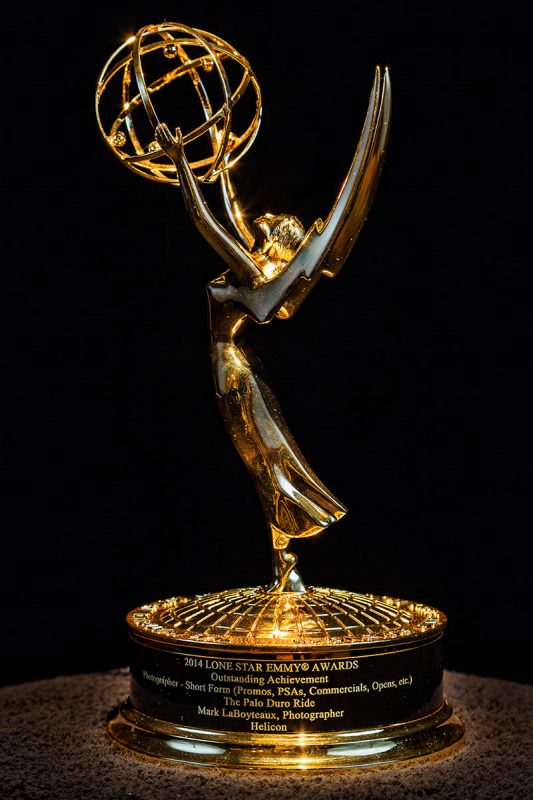 In 2014 I earned an Emmy® for piloting the UAV used to film the short film “The Palo Duro Ride”. The film was entered in the “Photographer – Short Form (Promos, PSAS, Commercials, Opens)” and was selected as a category winner.

This project all began after being hired to shoot some aerial video of the Palo Duro Canyon for a bank commercial. I’d never been to the Palo Duro Canyon before and was amazed by the rough beauty and pastel colors of the canyon walls at sunrise. I knew I had to go back.